Short on time? Skip down to the short version. 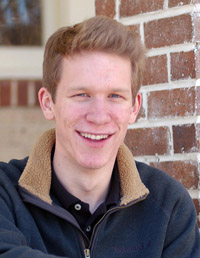 It seems I never can quite decide on an official title for myself. Web designer, interaction designer, front-end engineer, UI developer—the list of possible labels is seemingly endless. However, none of them feel quite right (though I am partial to “design hacker”). But to be honest, the title doesn't really matter. In essence, I'm a coder who designs and a designer who codes.

My coder half loves writing HTML and CSS. I built my first website when I was 12 years old, and I started making a career out of it when I was 18. During that time, I learned to supplement my HTML and CSS with jQuery, especially for prototyping and subtle effects. More recently, I've been learning JavaScript from the ground up in order to better take advantage of it without relying so heavily on libraries like jQuery. I also enjoy working on the back end (though I don't claim to be an expert back end developer). Early on in my career, I slogged around in surface-level PHP (primarily via Drupal and WordPress), but then I discovered Python, Django, and the joys of microframeworks. Of course, experimenting with such a wide range of platforms means that I've learned to work with countless templating engines and theme layers. I'm always eager to dive in and learn new frameworks, tools, and languages.

My designer half loves building elegant, sensible interfaces, and I'm a vocal advocate for the user. I'm comfortable in every stage of the design process, from initial concept to wireframing, rapid prototyping, and usability testing. In summer 2012, I completed my BFA in Graphic Design at Colorado State University. At CSU, I took (and loved) classes in branding and identity, layout, color theory, and many other studio arts. During that time, I discovered a particular passion and penchant for typography. Of course, I also became extremely proficient with the tools of the trade: InDesign, Illustrator, and Photoshop. Because of my passion for the web, I also pursued my own studies in interaction design and user experience, gobbling up books like Don't Make Me Think, Designed for Use, Getting Real, and more.

In early 2009, I decided to take time off from school to work full time at Linden, a local marketing firm. There, I built a web department from the ground up at a firm that already excelled in so many areas. As is so often the case in small businesses, I wore more hats than I could count. My responsibilities ranged from design, development (primarily with Drupal), writing proposals, project planning, content strategy, client training... The list was endless, and I loved it. We later hired a second web developer, and the two of us worked together to continue the growth of the department and the company. By the time I returned to school in spring 2011, I'd built websites for over 20 clients.

In April 2013, just to shake things up a bit, I uprooted and moved to Berlin. Today, I work as a front-end engineer and interaction designer at a pretty nifty company called ResearchGate. There, I spend my days building interfaces that enable over 4 million scientists (whoa!) to solve big problems together.

Download a PDF with some kind words from clients and coworkers